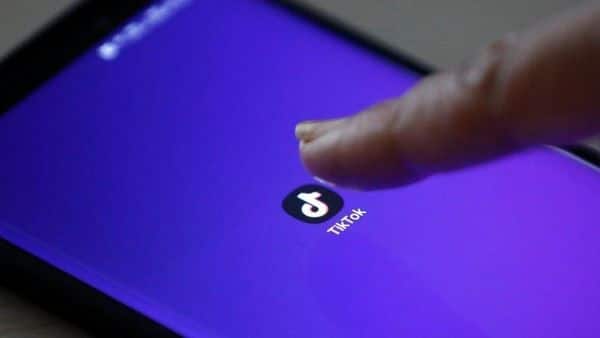 The US government has launched a national security review of the popular music-video app TikTok, which is owned by China’s ByteDance Inc., according to a person familiar with the investigation.

Beijing-based ByteDance bought Musical.ly two years ago for almost $1 billion to merge it with TikTok. Musical.ly, based in Shanghai and California and a fast-growing hit in the US at the time, was seen as a way for the Chinese company to expand abroad and capitalize on an increasing appetite for short video. TikTok has since become wildly popular, one of the few Chinese internet companies to catch on in the US, and is one of the most-downloaded apps.

The Committee on Foreign Investment in the US, CFIUS, which reviews deals by foreign acquirers for potential national security risks, has begun to review the purchase amid increasing concern about TikTok’s growing influence.

US lawmakers have been calling for a national security review in recent weeks, referring to TikTok as a “potential counterintelligence threat we cannot ignore.”

TikTok, has been downloaded over 110 million times in the US and its growing popularity creates “national security risks,” Senators Chuck Schumer and Tom Cotton wrote in a letter last week to the US. Acting Director of National Intelligence Joseph Maguire. Their concerns include the safety of data on the platform, potential censorship and possible foreign influence campaigns in the US, they said.

“I remain deeply concerned that any platform or application that has Chinese ownership or direct links to China, such as TikTok, can be used as a tool by the Chinese Communist Party to extend its authoritarian censorship of information outside China’s borders and amass data on millions of unsuspecting users,“ Rubio said in a statement Friday. “I welcome today’s news that an investigation has reportedly been opened.”

A TikTok representative in the U.S. said in a statement that while the company “cannot comment on ongoing regulatory processes, TikTok has made clear that we have no higher priority than earning the trust of users and regulators in the US Part of that effort includes working with Congress and we are committed to doing so.”

The US Treasury Department didn’t respond to a request for comment.

CFIUS is talking with TikTok about measures it could take to avoid divesting the Musical.ly assets it acquired, Reuters reported.

TikTok, an app known for teenage twerking and singing gummy bears, has been growing more popular among US. teens as tensions rise between the U.S. and China over trade and technology. TikTok has been installed by around 564 million users so far this year and has been installed 1.45 billion times since launching. New U.S. users grew 11% to three million in July, according to Sensor Tower, up from 2.7 million a year earlier. The app has become a true rival to Facebook and Instagram.

Facebook Chief Executive Mark Zuckerberg even sounded the alarm on TikTok during a speech at Georgetown in Washington in mid-October. Zuckerberg said that while WhatsApp, the encrypted messaging app his company owns, is used around the world by protesters and others who need free speech protections, TikTok doesn’t offer that.

“On TikTok, the Chinese app growing quickly around the world, mentions of these protests are censored, even in the US.,” he said, alluding to the protests happening in Hong Kong. “Is that the internet we want?”

Mandatory IoT Security in the Offing with U.K. Proposal

Internet Explorer has a major security flaw, but Microsoft can’t patch it yet

View all posts by Miles →